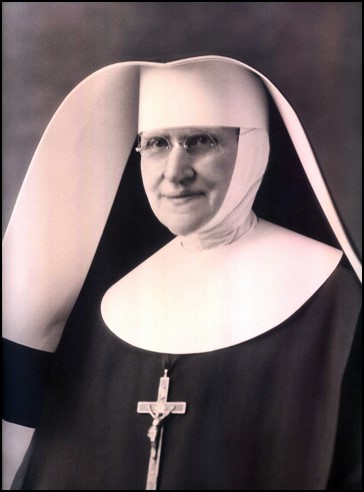 “Let us start anew as if we had not done anything heretofore.”
-Mother Alfons Schmid

Alphonsa Hall (also known as the "Music Wing") which opened in 1957,
was named to honor Mother Alfons. 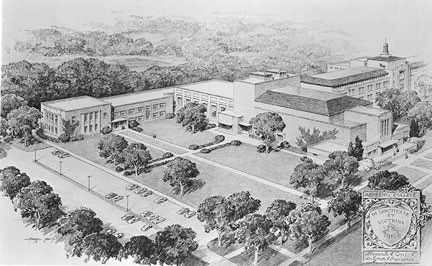 A major curricular change came in 1912 when both the graduation requirements and the number of courses offered were greatly expanded at St. Joseph's Normal School.

In 1920, St. Joseph's was expanded to a two year program. The expansion was spearheaded by Sister Jutta Hollenbeck, who later would become Alverno's first Academic Dean. 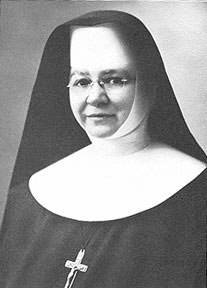 On August 11, 1924 St. Joseph Convent Conservatory of Music (which eventually became Alverno College of Music) under the direction of Sister Cherubim Schafer, a well-known liturgical musician,  opened its doors. Although music had been taught all along to the sisters, Mother Alfons foresaw a need to formally train School Sisters to serve as music teachers, liturgical musicians, and choir directors at many of the same parishes where School Sisters taught. 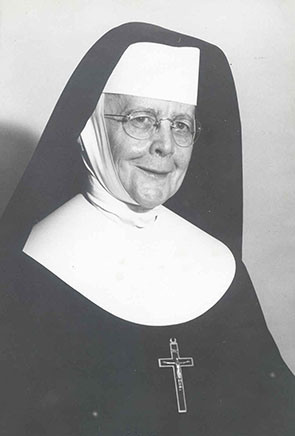 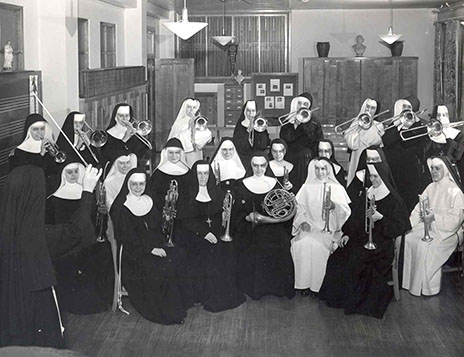 Student musicians in one of the music classrooms at St. Joseph Convent. The class,
Me 115, Instrumental Technique, was one of many music classes offered at the
Alverno College of Music during the 1930's and 1940's.