Alphonsa Hall completed in 1956, was named to honor Mother M. Alfons Schmid, co-foundress of the School Sisters of Saint Francis.

Here is an architect's rendering of the building. 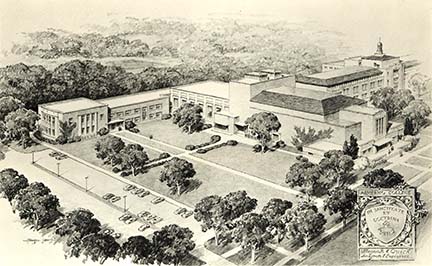 This photo was taken shortly after the building opened. 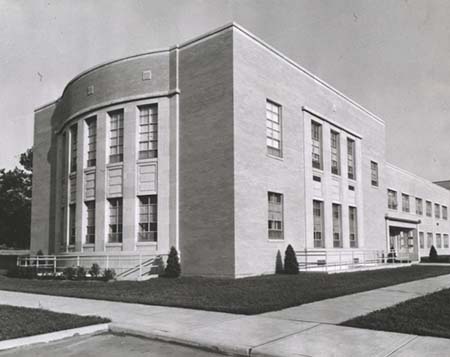 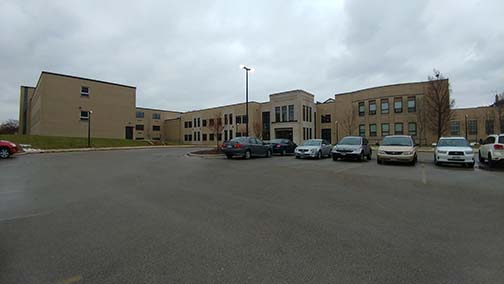 Here are some early pictures of Lampe Recital Hall, formerly known as Alphonsa Recital Hall from the 1960's and 1970's.

The Song Set Musical group performing on the Alphonsa stage in 1966. 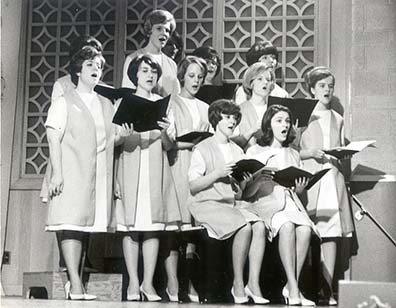 An Alphonsa Recital Hall view from the 1970's. 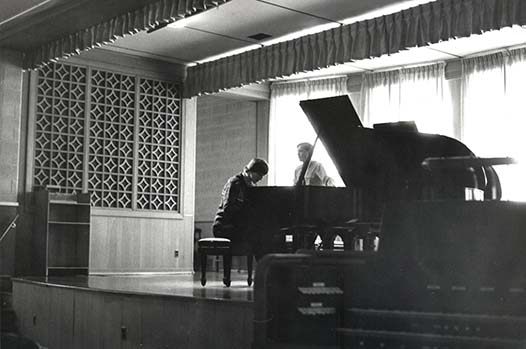 Here are some recent photos of Lampe Recital Hall taken in Fall 2018. 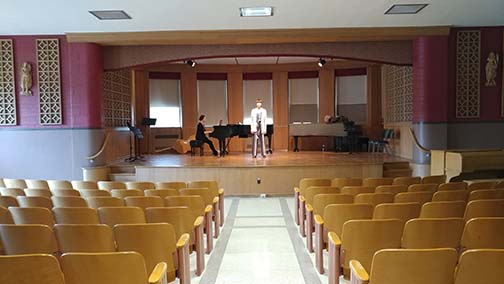 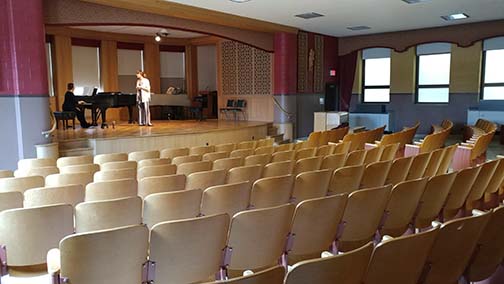