The 4th Floor of Founders Hall started out as a convent for the sisters who taught and worked at Alverno. Unfortunately, there are no pictures of that, but there are pictures of when it was partially demolished to create the Kellogg Center  with a grant from the Kellogg Foundation in 1976. 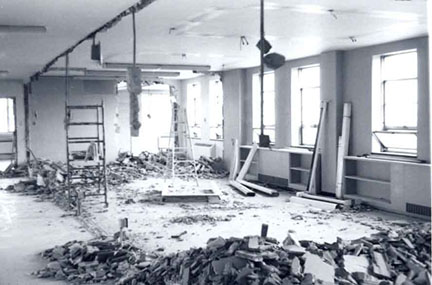 Here is the hallway, made out of part of that renovated space, as it looked in 1976 shortly after opening. Robert Pitman is shown in this photo. 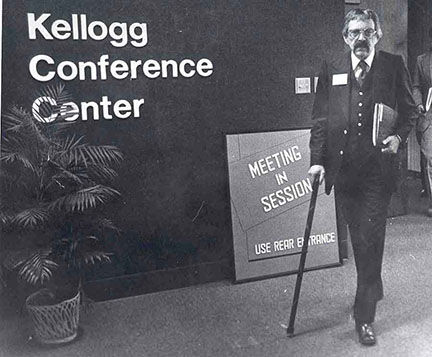 The hallway and lobby area is now used as a gallery space where photographs are frequently exhibited. 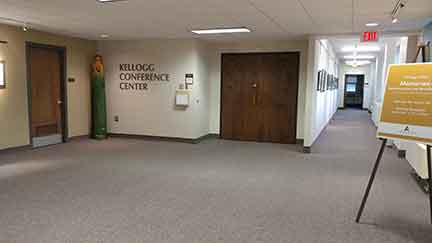 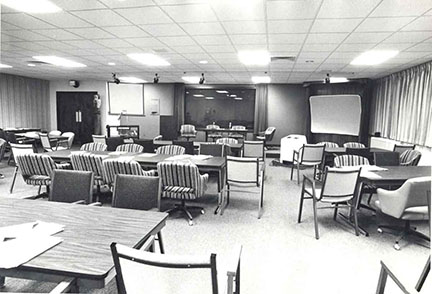 Here's how it looks today. 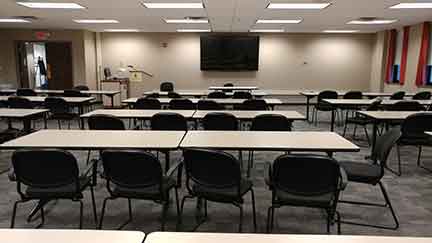