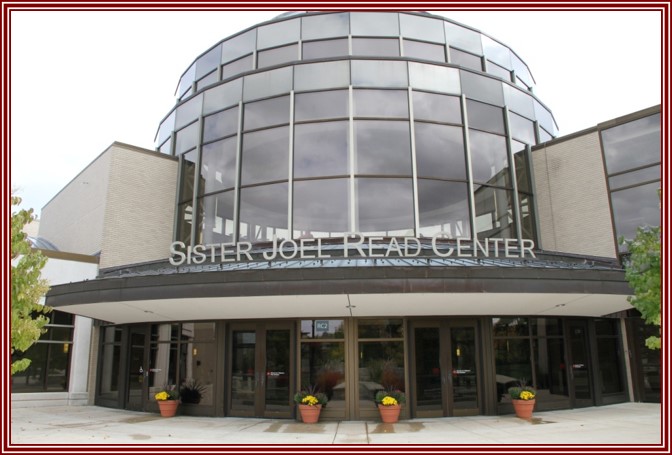 Alumnae Hall is the only space on Alverno's campus that changed its location without moving an inch.

Alumnae Hall was part of the original campus construction and its address was in what's now known as Founders Hall.  Its entrance used to be across from the Commons. In this April 1954 photo taken during the dedication dinner, it was known as the North Dining Room. 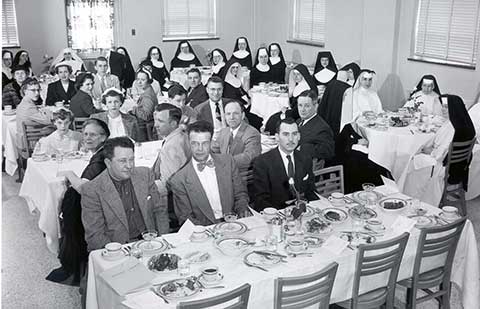 The area was refurbished in 1976 as a result of funds raised by the Alverno  Alumnae Association during their annual fund drive. To honor their efforts, the dining room was renamed Alumnae Hall. Here is a 1980's photo of Alumnae Hall. 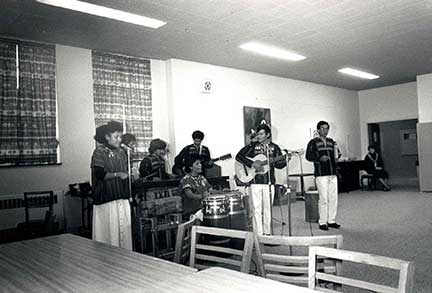 In 1987,  Alumnae Hall was again redecorated through the assistance of Alverno Alumnae fundraising using centennial cloth designed by, Carol Gresko  ’64. This photo which shows the cloth is from  2001. 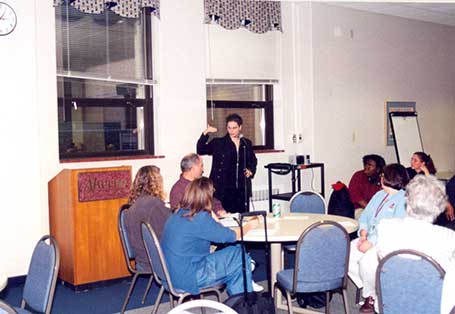 Alumnae Hall was renovated again in 2015 as part of the Promise and Power campaign. Its doors now open within the Sister Joel Read Center. 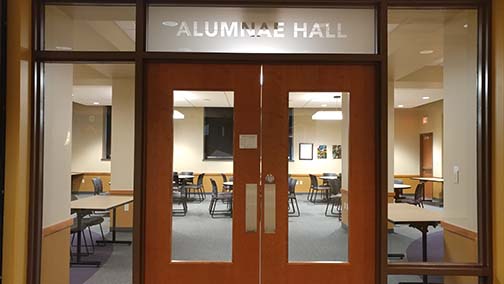 Here is an interior view of Alumnae Hall as it appeared in Fall 2018. 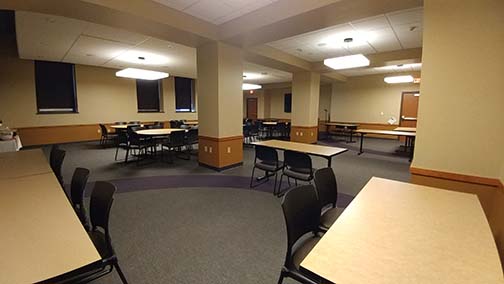 The Computer Center used to be located on the third floor of Founders Hall. This photo was taken in 1984. 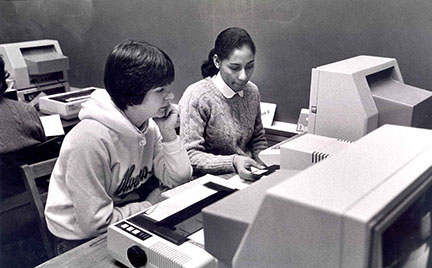 Since the spring of 1999 the Computer Center has been located on the first floor of the Read Center. This photo is from fall 2018. 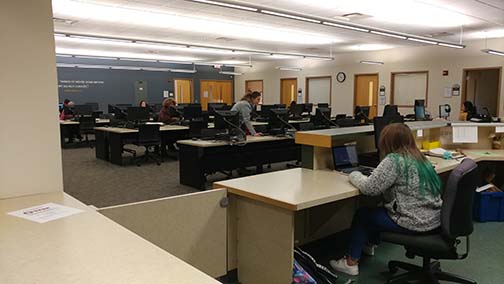 The Media Hub also used to be found on the third floor of Founders Hall at the north end. This is how the reception area appeared in 1976. It was known as the Center for Instructional Communication (CIC) back then. 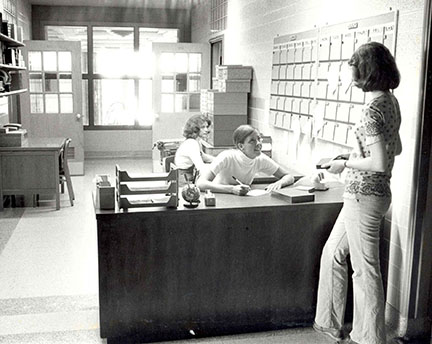 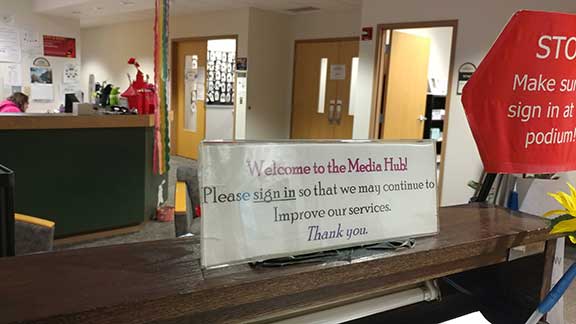 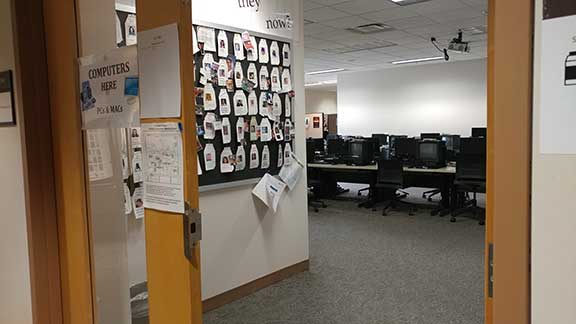 Prior to 1999, the science classrooms were also located on the third floor of Founders Hall. This photo was taken in 1954. 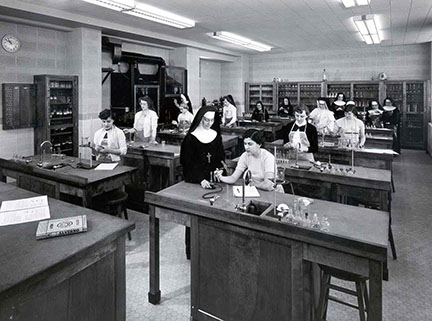 Now bright, shiny science classrooms can be found on the second floor of the Read Center. These photos were taken in fall 2018. 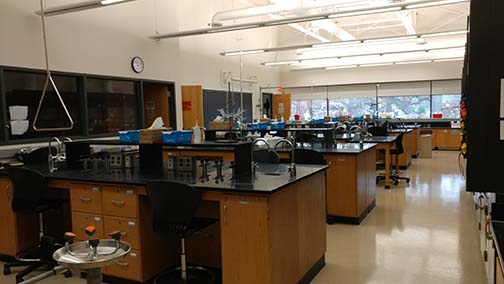 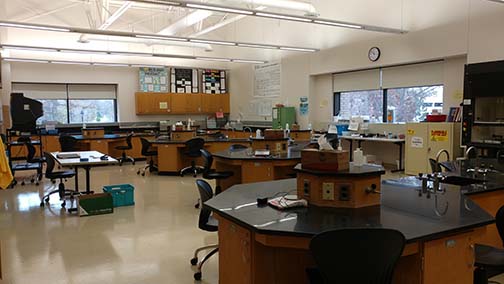