Built as Alverno's first residence hall, Corona Hall was part of the original construction and opened its doors in fall 1953. The postcard photo below was taken shortly after Corona Hall opened and looks quite bare with no Clare Hall beside it. 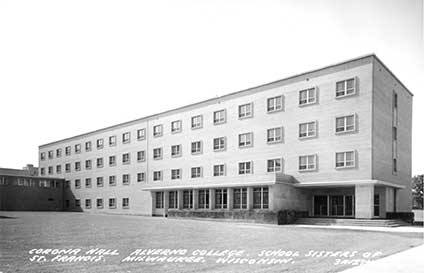 Here is the Corona Hall Lobby as it looked in the early 1950's. 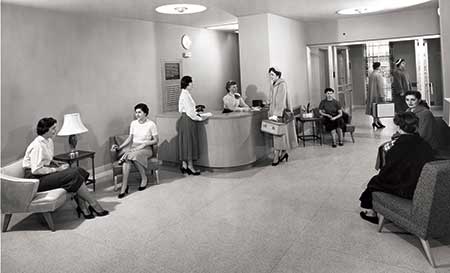 Here is a view of the Fish Bowl, lobby to both Corona Hall and Clare Hall taken in fall 2018. 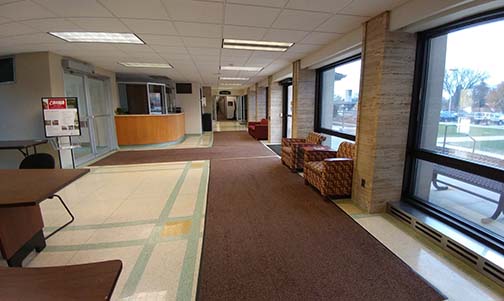 There used to be a lovely lounge on Corona's first floor (this photo was taken in the 1950's)... 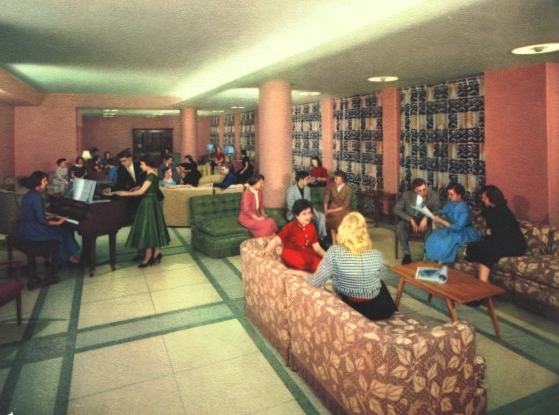 The space was transformed over the years. During the late 1970's -1990 it housed Children's Place, a pre-school run by Alverno Elementary School.  Now it is home to three classrooms including this one. 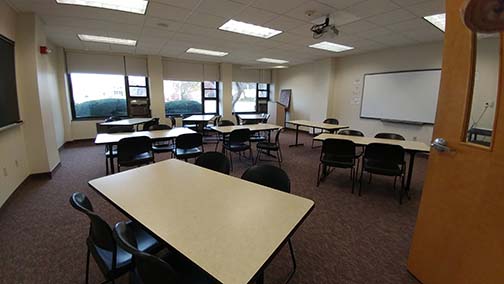 Depicted here are early 1960's resident students in a Corona hallway praying the rosary at bedtime. 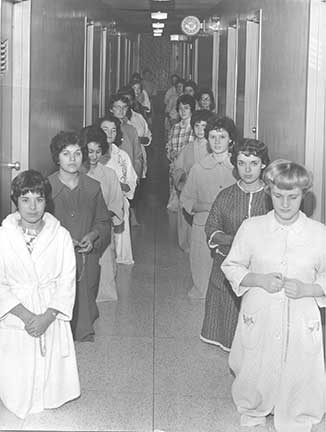 Here is a view of a Corona hallway taken in fall 2018. 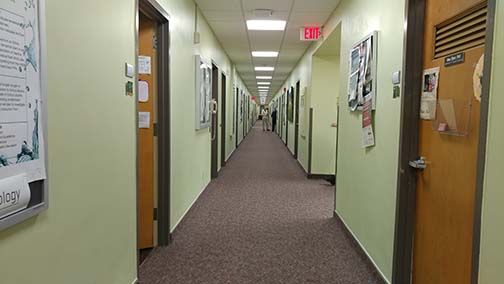 There used to be four floors of resident rooms like this one from 1957... 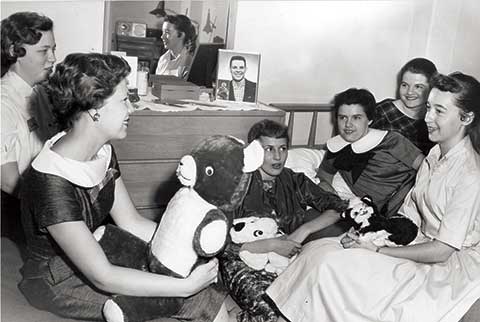 Now there are four floors of faculty offices like this one. This photo was taken in fall 2018. 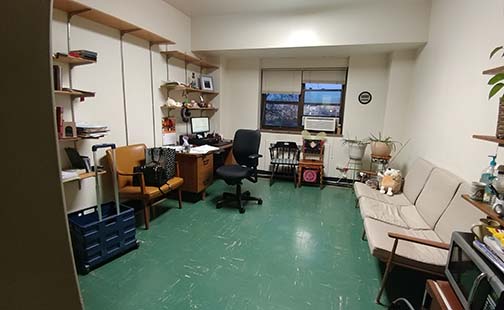 The Corona basement space, room B8, that now houses the Alverno College Archives has also had many incarnations. First it was used as a temporary dining room for the sisters who came to campus to clean and prepare spaces before the college opened in its new environs in fall 1953. While Corona Hall was used as a dormitory, the space was its smoking lounge. Later it was used as a large muscle room for the children of Children's Place preschool when the weather was inclement. Before the archives moved into the space in the summer of 1992, it had to be thoroughly cleaned because it had been used as a ceramics studio by the art department.

This photo of the archives was taken in 2003. 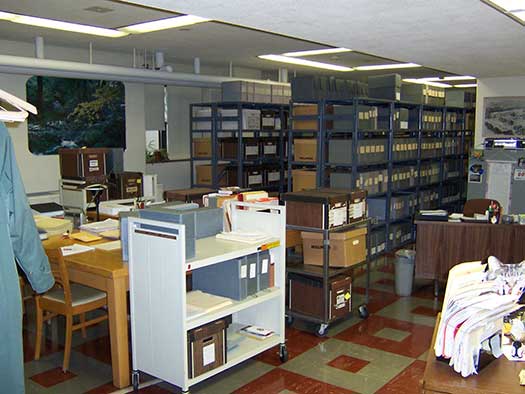