Alverno's maps are useful for helping to tell the story of campus changes.

In September 1953 Alverno College opened in its current location previous to which it was housed in a wing of the St. Joseph Convent on South Layton Blvd. Although no maps exist from the early 1950's, there is an architect's drawing of the original campus buildings which includes the gymnasium, Pitman Theatre, Founders Hall, and Corona Hall (the first residence hall). 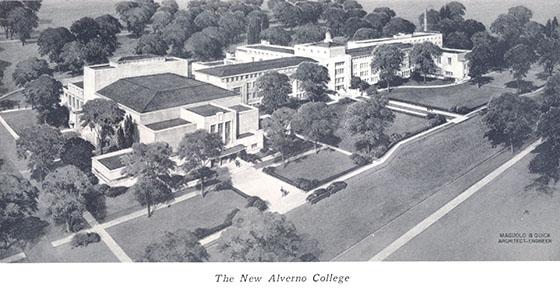 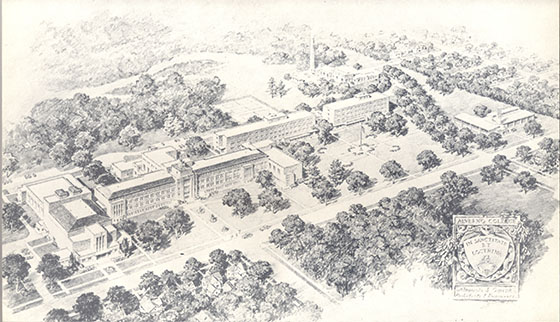 The earliest campus map that could be found in the Archives is from 1967. Notice that Austin Hall which opened in 1964 is included along with Christopher Hall (labeled as the "Nursing Classroom Building") which was under construction at that time hence its appearance with hatching lines. 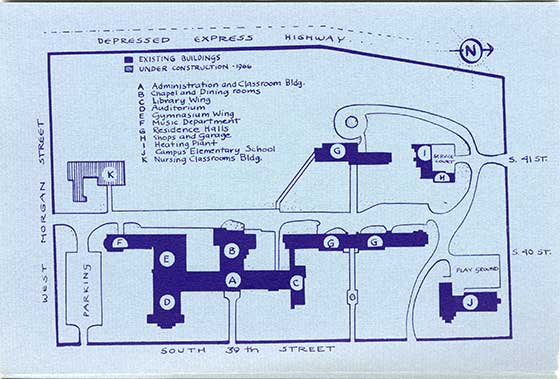 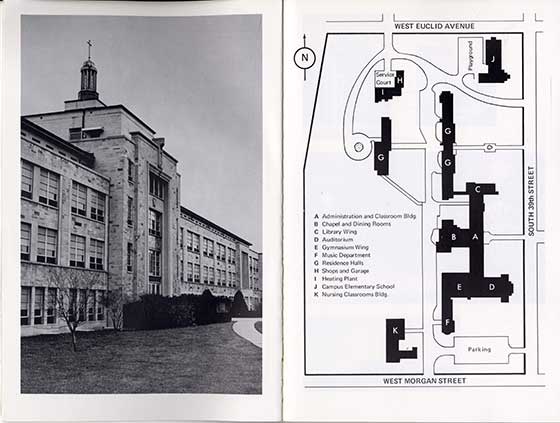 On this map from 1976 the same campus buildings are depicted, but some of the names are a bit different. Austin Hall is labeled using its original name, Loretto Hall for example. The art gallery is also noted. 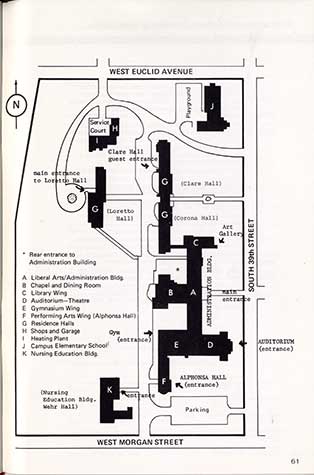 This map from 1982 shows places found within buildings (such as advising, the library, and  the chapel) along with the labeled buildings. Note that Corona Hall is no longer depicted as a residence hall, but instead is listed as housing faculty offices and the Child Development Center which was a pre-school run by Alverno Elementary School. The auditorium is labeled as the Robert G. Pitman Theatre having been renamed in his memory in 1978. The existing residence hall is now called the Campus Center. Parking is also shown on this map. 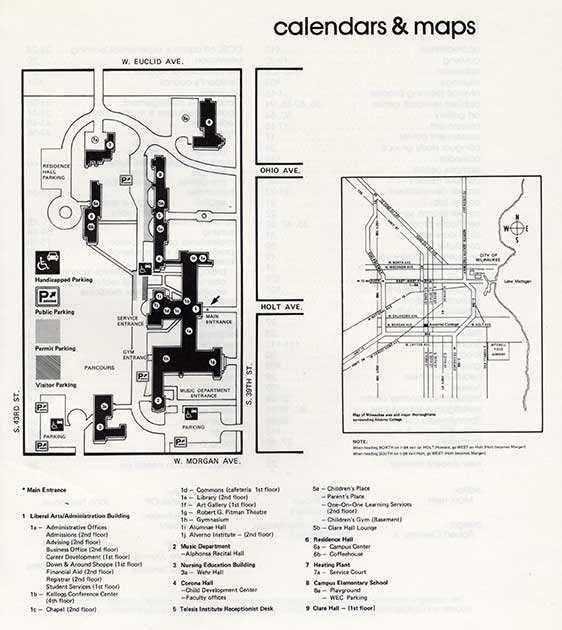 On this map from 1988 even more locations within campus buildings are highlighted. 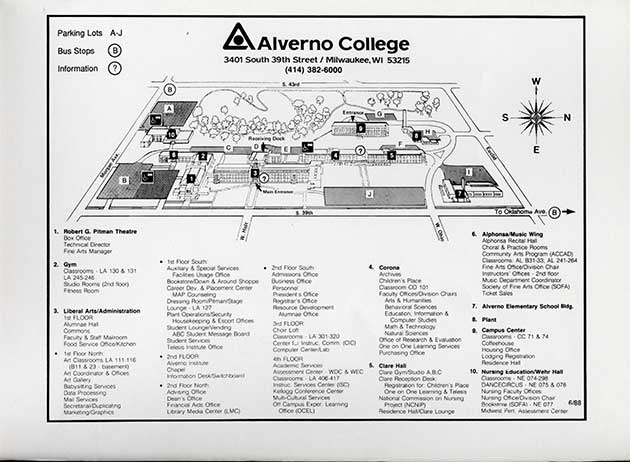 By 1990, the Alverno Campus Elementary School became an independent entity and separated from Alverno College leaving behind a building that was renamed, North Hall. It is item 9 on the map. 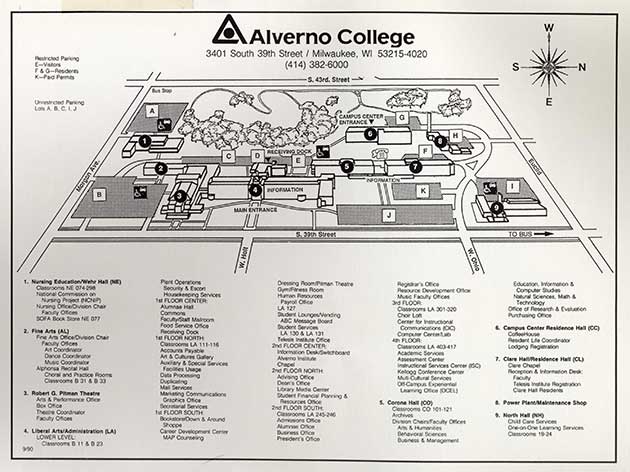 Included as number 1 on this map from 1998 is the Teaching, Learning and Technology Center (the former name for the Sister Joel Read Center) which was then under construction. 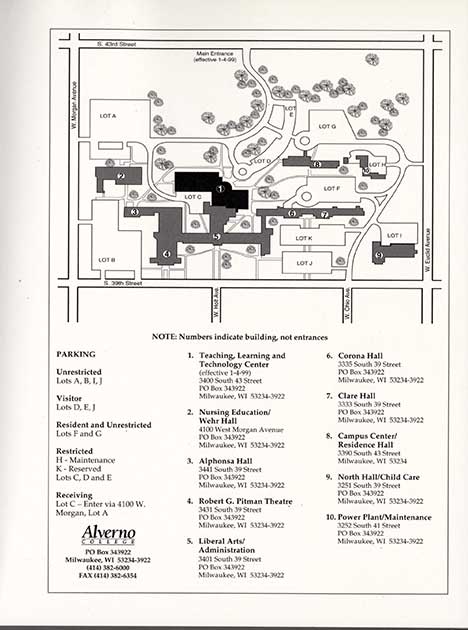 This 2004 map includes the completed (in 1999) Teaching, Learning, and Technology Center (now the Sister Joel Read Center) as item number 1 because it is now considered the main entrance to Alverno College. Previously the Chapel Lobby entrance of Founders Hall played that role. 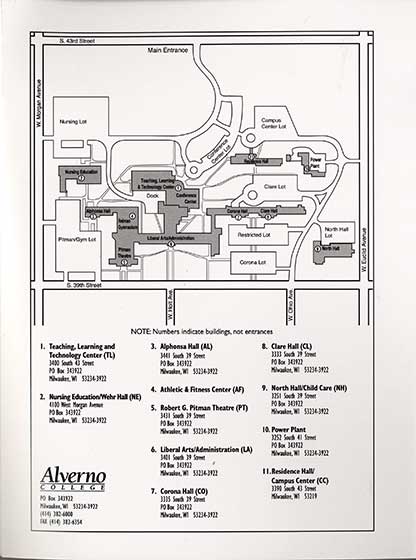 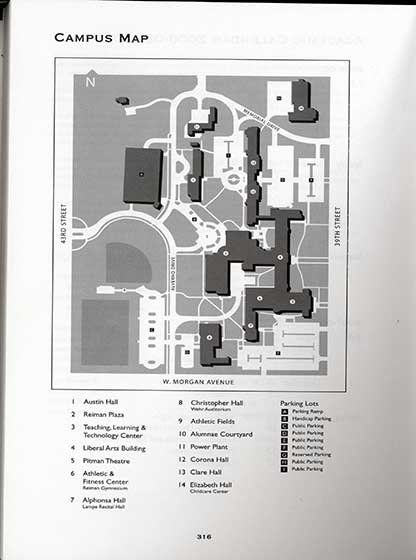 In 2012 the Teaching, Learning and Technology Center was renamed in honor of Sister Joel Read. The name change to the Sister Joel Read Center is shown on this map as item number 3. 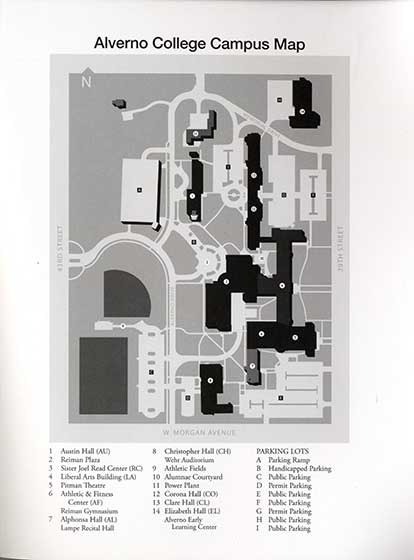 The Alverno campus map  of 2015 is in color and includes the new Alexia Hall which is item 8. 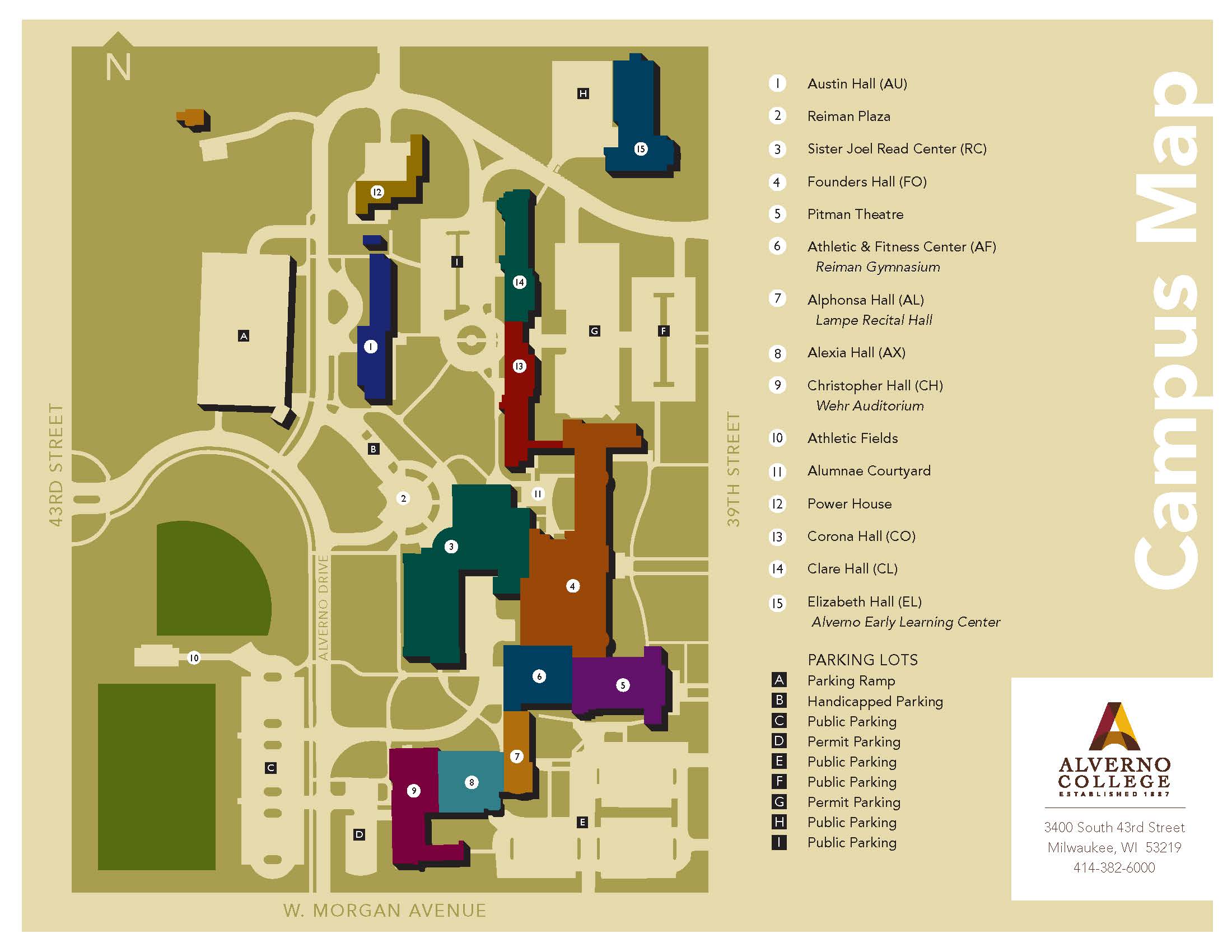 This very colorful Alverno College campus map is from 2019. 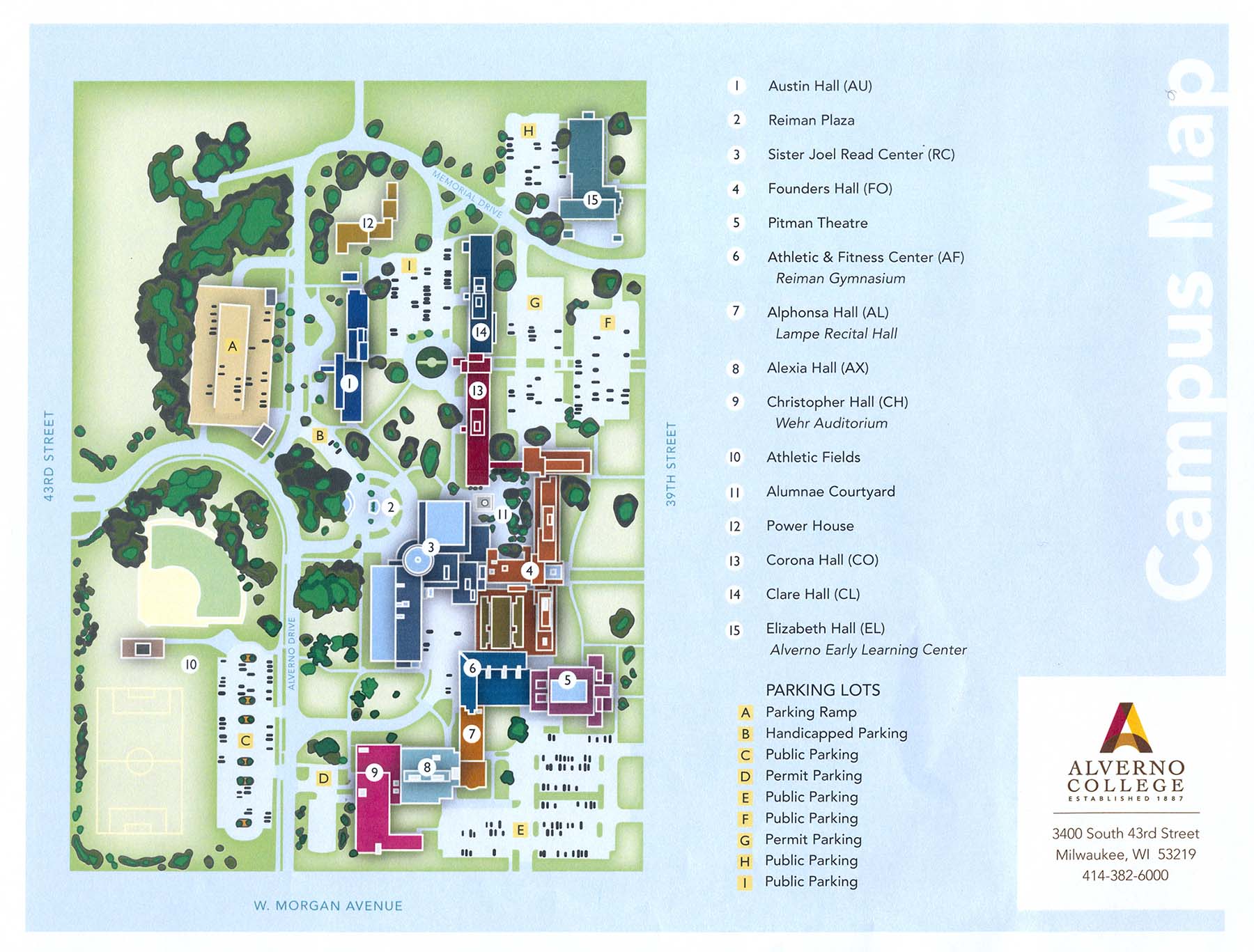