Elizabeth Hall began as Alverno Elementary School opening its doors in January 1954. It served as a laboratory school where Alverno's elementary education majors could observe teaching at its best. The photo below is from opening day. 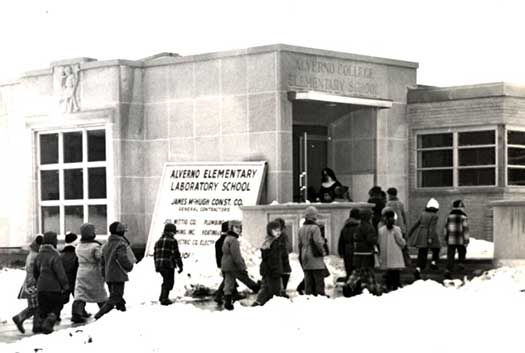 This is a color postcard of the building from around the same time period.

Alverno Elementary School separated from the college by 1990 becoming a distinct entity, Woodlands School, after it became more practical for Alverno education majors to get their teaching experiences in public schools and the broader community. In 1990 the building was renamed, North Hall, and Alverno's childcare services moved in.  In 2006 the building wasrenamed again, Elizabeth Hall, in honor of Sister Elizabeth Engel, a leader in the School of Education. The  Childcare Center was renamed the Alverno Early Learning Center in 2009. Here are two views of Elizabeth Hall, interior and exterior as it appeared in fall 2018. 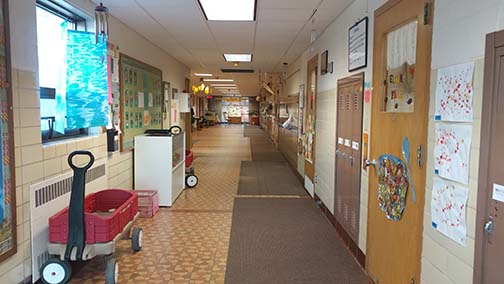 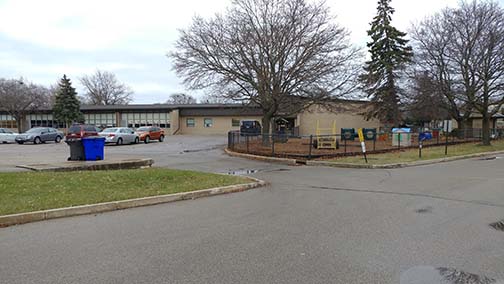