The Alverno Auditorium was part of the original campus construction and opened its doors in September 1953. 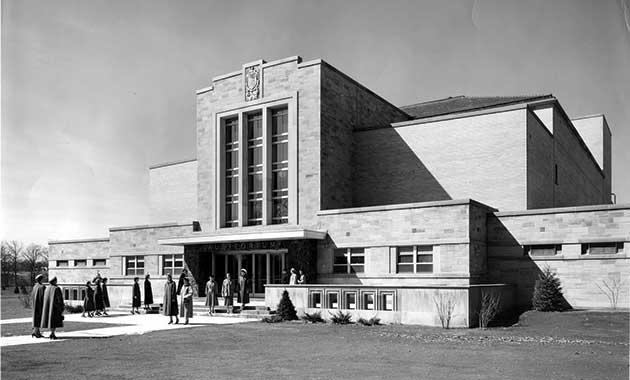 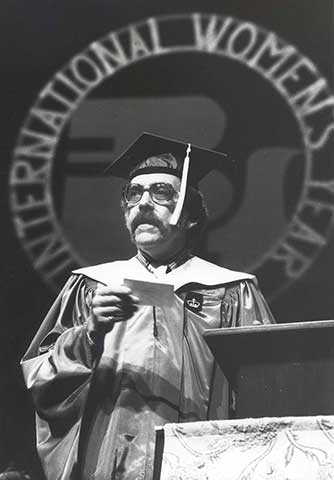 Robert G. Pitman was a formidable presence on the Alverno Campus from 1963 to 1978. Educated and trained in Journalism, Latin, Philosophy, English, and Theater Arts, Pitman was an accomplished actor, writer, director and lecturer. As director of Theatre Alverno, he taught students, produced, directed, and occasionally acted in thirty three plays on the Alverno stage. Pitman was named Academic Dean in 1974 and served in that capacity, as well as continuing to teach and direct until his death in 1978. Following his death, the Alverno Auditorium was formally re-dedicated the Robert G. Pitman Theatre in December 1978 during a gala retrospective of Pitman’s career and productions at Alverno College. 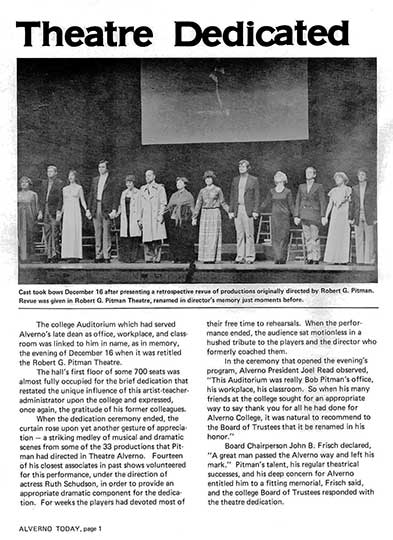 Here is a photo of the Robert Pitman Theatre building taken in fall 2018. 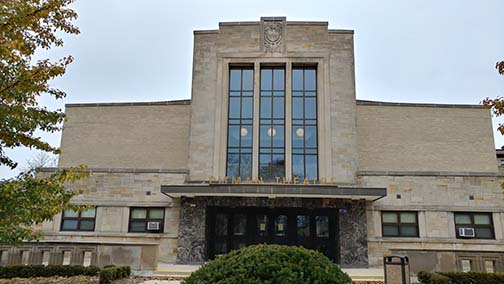